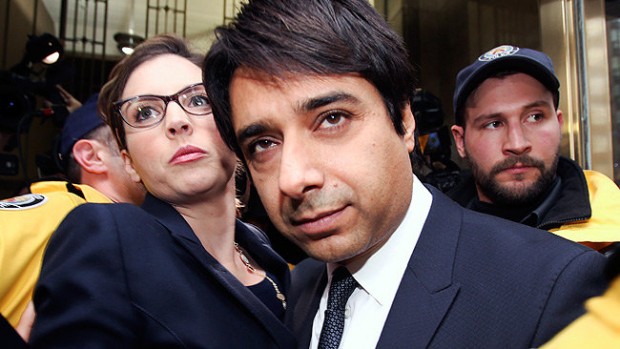 Jian Ghomeshi, and others accused of sexual assault, should have to testify and face cross-examination.

It flies in the face of a basic tenet of law, and there’s a section of the Canadian Charter of Rights and Freedoms that will prevent this from happening, but Ghomeshi should really have to go on the hot seat. He is the one on trial, after all.

Instead, the women who have accused him of sexual assault are the ones facing rigorous cross-examination. Some would say they are being grilled by Ghomeshi’s lawyer, Marie Henein.

It’s all well and good to have a fair trial and make sure you don’t send an innocent person to jail, but we have a problem in Canada.

An estimated 90 per cent of sexual assaults go unreported and of the 10 per cent that are reported, only 25 per cent lead to a conviction. That’s an alarming failure rate and it’s not because women are imagining they’ve been raped or sexually assaulted.

What can the federal government do to turn the tables? They could pass a law that would force those accused of sexual assault to testify and be cross-examined. Section 11 of the Canadian Charter of Rights and Freedoms would normally prevent someone from being compelled to testify in a case in which they are the accused, but there is a trump card the federal government can play.

If Justin Trudeau’s new Liberal government is serious about solving the problem of unsolved and unreported sexual assaults in this country, it should pass a law forcing accused rapists to testify and have their comments and personal histories sifted through and torn apart. The federal government could do this if it invoked Section 33 of the Charter. Also known as the Notwithstanding Clause, it would allow such a law to stand for five years at a time at which time the federal government could let it lapse if it’s not working, or renew it if it is.

When you’re faced with a problem that has reached such epic proportions, you need to get creative and you need to get serious. How much would such a measure help? I don’t know, but it won’t hurt. It would certainly wipe the smug look off a lot of faces and knowing they’ll have to sit in the hot seat could act as a deterrent.

The other solution is to teach men not to rape, but that only works on the nice guys, so let’s roll out the Notwithstanding Clause and use it to fix a problem.

A student at Forest Heights Community School in Chester Basin, Lunenburg County, has been suspended for wearing a T-shirt that says: “Life is wasted without Jesus.” (See story here.)

Asking the student to remove the shirt did not work and William Swinimer has defiantly refused to comply with the request to not wear it to school. (See story here.)

The Nova Scotia Progressive Conservative Party today called on Education Minister Ramona Jennex to intervene and overturn the decision of the South Shore School Board to suspend the student. To support their argument, the Tories cite Section 2 of the Canadian Charter of Rights and Freedoms, which states:

2. Everyone has the following fundamental freedoms:
(a) freedom of conscience and religion;
(b) freedom of thought, belief, opinion and expression, including freedom of the press and other media of communication;

But the fundamental freedoms guaranteed by the Canadian Charter of Rights and Freedoms are not absolute and this is an important factor in this case. Section 1 of the Charter establishes that there are limits.

1. The Canadian Charter of Rights and Freedoms guarantees the rights and freedoms set out in it subject only to such reasonable limits prescribed by law as can be demonstrably justified in a free and democratic society.

The term “reasonable limits” is the crux of the debate. Some have argued that this T-shirt’s message is possibly hate speech or, at the very least, is disrespectful of other religions and should be curtailed. This is not merely a declaration of faith by a Christian, it is a condemnation of non-Christians.

As my old constitutional law professor used to say in class: “The right to swing one’s fist ends at another person’s face.”

I can’t help but wonder whether we would be having this same debate if a student wore a T-shirt to school that read: “Life is wasted without Allah.”

I’m not a devotee of any religion, but I support religious freedoms for those of every faith. This T-shirt crosses the line, though, and I do not condone intolerance of other religions.