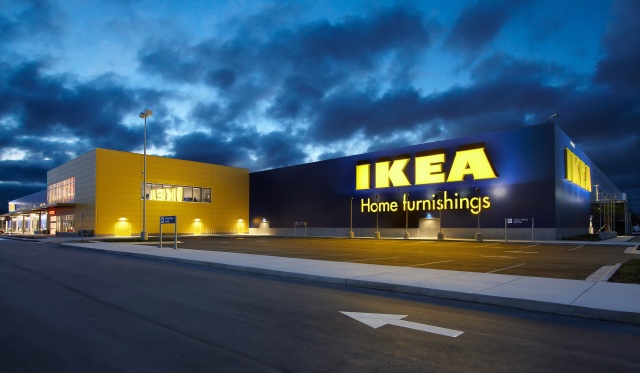 We here at the Department of Common Sense are alarmed at the high number of car-pedestrian accidents in Halifax.

There is a lot of finger-pointing and, if blame were to be meted out, it would be assigned equally as both motorists and pedestrians are to blame. The finger-pointing is counter-productive, though, so we think it’s best to focus on solutions.

To my fellow pedestrians: When you’re lying in a hospital bed, it doesn’t make you feel any better to have been right that you had the right of way. I walk more than I drive, but when I walk, I always make sure that I have made eye contact with the driver and that I see a noticeable slowing down before I cross. There have been many times that this has made me a spectator to an inattentive motorist zooming in front of me, and, while it is frustrating, it is painless.

On the rare occasion that I drive, I always make an effort to look at the pedestrian and make a gesture to let them know that I’ve seen them. To drivers: stay off your cellphone, don’t put makeup on in the car, and for God’s sake keep your dogs off your lap. You’re driving a big hunk of metal and your job is do it safely. There are pedestrians out and about. Keep an eye out for them.

In 29 years of driving and 40 years as a pedestrian, this simple technique has prevented car-pedestrian accidents involving yours truly. (Knock on wood)

This is a public service message from the Department of Common Sense.

Halifax Mayor Mike Savage is inviting citizens of Halifax Regional Municipality to define our city. It’s very kind of him to attempt to engage citizens, but I fear the focus on words – not actions – might prevent us from achieving the stated goal: branding Halifax.

With the help of a marketing company, there is a social media campaign that is prompting people to put on their thinking tuques and come up with a new slogan for the city. In many respects though, it’s like asking Rumpelstiltskin to turn straw into gold instead of loading up your rucksack and heading for the hills to pan for gold.

Attempting to conjure up a brand through a clever marketing campaign might generate buzz, but I doubt it will lead to a true, lasting brand. You forge a brand by consistently acting a certain way over time.

With apologies to Dr. Seuss, a brand is sort of like Christmas.

“It comes without packages, boxes or bags!”

A public relations firm can help promote a brand, but in HRM’s case, defining it is up to the government and the citizenry. The government can shape a brand by the way it governs and citizens can do so by the way we live.

If you want to define Halifax, don’t focus on the witty bon mots and pithy slogans – especially if they are hollow words.

If you must have a slogan, make them hallowed words and act accordingly: smartly, openly, honestly and consistently.

I heard on the radio this morning that you have a parking problem at CFB Halifax with 7,000 employees looking to park on the base and only 3,500 spots. (See link for CBC story.)

As a public service to you, and as a concerned taxpayer and citizen of this country, I would like to help you. I also pride myself in providing common sense solutions to problems and, since it is the Christmas season, I am providing this advice to you free of charge so that you won’t have to spend any money on consultants. They can be quite costly and consultants usually just end up using a bunch of buzzwords in a report that gathers dust on a shelf.

So, without further ado, here are some suggestions to solve the parking problem at CFB Halifax. I realize that not all employees work the same shift, but there are enough of them that work similar hours that some, or all, of the following suggestions will work.

Doing this would alleviate the parking problem and reduce traffic congestion on the peninsula and on the bridges.

I hope you find these suggestions helpful and wish you all the best in finding a fair, economical, and sensible solution to your parking problem.

The Old Mill is closing this Saturday and the former site of the Dartmouth Rope Works, a 144-year-old landmark building on Wyse Road, will be demolished to make way for a new grocery store.

My only visit to The Old Mill was after a hockey game at the Dartmouth Sportsplex. The Daily News had a team in the Metro Media Gentlemen’s Hockey League and a few of us went there on a Saturday afternoon for some grub and a few pops.

The food was good, but not memorable, and the beer was cold and relatively cheap, so it flowed a little more freely. Most of all, I remember the people I went with that day.

The guys on The Daily News hockey team were a great bunch of guys. In the newsroom, there was a fair bit of turnover, but the hockey team didn’t have as much. To fill out the roster, a few guys were recruited to fill out the team and they played with the team for years. They were the mainstays on the team; sort of like the beams at The Old Mill.

I’ll never forget the support and camaraderie. It meant a lot to me at a time when things weren’t going so well at home. My marriage was breaking up and the guys on the team helped me get through a rough patch.

So, on my only visit to The Old Mill, I don’t remember the beams and I never realized that I was in an old rope factory.

I do remember the laughs and the smiles — and I surely realized that I was among friends.