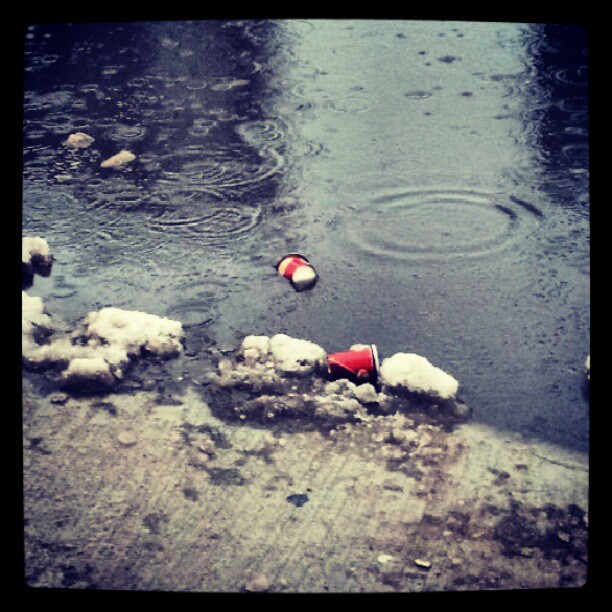 My daughter was only about four years old when we were out at a park and she noticed some litter on the ground.

“Oh, look,” she said. “Somebody forgot their garbage.”

We produce way more than our share of garbage in North America that the least we can do of it is properly dispose of it. When I was a kid, we were taught that littering was bad. Then, we tried to add another layer of responsibility on top of that and it seems like the North American brain short-circuited.

“Recycle and dispose of my garbage? But I’ve got TV shows to watch,” I imagine the modern-day neanderthal saying.

We live in a society with too many lazy slobs and not enough people who care. The evidence is overwhelming. Yesterday, my son took part in “Clean up to win,” a neighbourhood clean-up that coincides with the end of Tim Hortons’ Roll Up the Rim to Win contest. In about three hours, one person picked up more than 500 empty cups that had been discarded in Spryfield. He was not alone, many others from the Adventure Earth Centre in Halifax, who are part of HEAT (Helping the Earth by Acting Together) are participating in the clean-up. Tonight, those who participate get to enter their name into a draw for prizes. To be fair, there was some other garbage from a local McDonald’s, but about two-thirds of it originated from Tim Hortons.

This is the kind of contest we need. One that helps prevent litter and waste, rather than causing it.