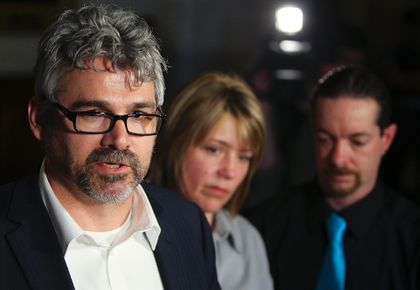 One of the beauties of being a freelancer is that I don’t have to worry about consulting lawyers or publishers, I can just follow my gut and do what a journalist is supposed to do.

To paraphrase the Mr. Dooley character of American humorist Finley Peter Dunne: It’s the job of journalists to “afflict the comfortable and comfort the afflicted.”

Sometimes, you get the opportunity to do both and when those opportunities arise, you must seize them. Yesterday, more than any other day, it was important to use Rehtaeh Parsons’ name.

The guilty plea of one of the accused was validation for her and her family. Any journalist with a sense of public good would recognize that you’d need to link yesterday’s development back to April 2013, when the whole world knew her name and the eyes of the world were on Nova Scotia because of the failure of our justice system to lay any charges.

There was a clear purpose to my post and I’m not content to wait for politicians to change the law. I’m going to point out its flaws, why it needs to be amended, and why it should not apply in this case. I also consulted with Rehtaeh Parsons’ parents – Leah Parsons and Glen Canning — and got a blessing from both of them to break the ban.

Also, reading the judge’s decision from May gave me confidence that it was a pretty safe path if I chose my steps carefully. I was not flouting it just for the sake of flouting it. Former colleague Stephen Kimber, a professor of journalism at King’s College, suggested in a Facebook discussion that “there’s a danger when we start violating bans because we believe it’s wrong in one particular instance.”

“What if another reporter decides to name an alleged rape victim, or a child abuse victim because they think it’s justified. Do we get to decide when the law applies and when it doesn’t? And, given that everyone already knows who the victim is in this case, is it really necessary to break the ban to make the argument it is wrong here, or to write in a way that makes the connections for the reader without specifically naming the victim?”

In this case, I take to heart the comments made by Judge Jamie Campbell when he wrote in his decision: “It’s a ban that everyone wants, just not in this case.”

Clearly, it’s a good law, but it just doesn’t work in this instance. A judge, our director of public prosecutions, and our Attorney General had an opportunity to fix that, but none took the opportunities available to them for various reasons. You say that “everyone” knows her name, but I think that only those closely connected to the case would make the crucial connection if not for the efforts of the victim’s parents — Glen Canning and Leah Parsons — who have been breaking the ban.

I’m not claiming the right for me or any other journalist to decide when the law applies and when it doesn’t. But remember, both of Rehtaeh’s parents opposed the ban and the Crown fought it, too. Also, when the Crown reviews a complaint — if there is one — they will consider the intent of Parliament in drafting the law, the wishes of the parents, and whether the public interest is served in prosecuting.

Precisely the things that I considered before writing the post.

4 comments on “Publication ban is pointless”