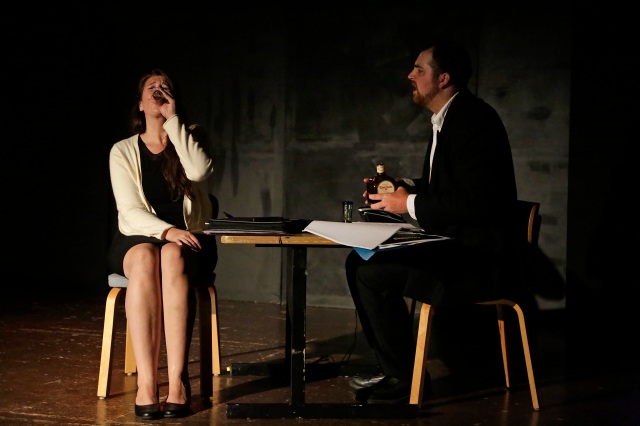 When I used to work in government, I would often joke about ridiculous ideas or policies needing to be vetted by the Department of Common Sense. No such department exists — unfortunately — except in my first play.

I took one of my favourite stories from my time in government and I turned it into a play. When I would go to parties and tell this story, people’s jaws would drop, but, as absurd as it was, they did believe it because governments and bureaucrats can do some pretty stupid things. Sometimes, it can be enough to make you want a stiff drink, like the character of Adele Courage above in a scene from the play.

I took that story and built a play around it. It’s a fictional tale of a straight-talking, tequila-sipping government minister who gets two whip-smart women on his staff to take on a persnickety bureaucrat in a battle of wills and wits.

It will make you shake your head in dismay, nod your head in understanding, or seethe with anger. It might make you do all three, but it is sure to make you laugh. We have a fabulous cast including Lianne Perry, Mark Adam, Fiona Kirkpatrick Parsons, Rob McIntyre, Neil Van Horne and Fiona MacKinnon. Nick Jupp did a great job as our director and had a hand in the development of the script when he acted as a dramaturge for me when I took part in the Theatre Arts Guild’s inaugural Playwrights’ Festival.

To learn more about my play, check out this link to the play’s blog or see our Facebook page.